Sony Pictures Present Once Upon A Time In Hollywood

Celebrated filmmaker, Quentin Tarantino’s 11th film this is which features a large ensemble cast and multiple storylines in a tribute to the final moments of Hollywood’s golden age!  Written and directed by Quentin Tarantino, the screenplay of this comedy drama is set in 1969 Los Angeles where a fictional aging television actor & his stunt double & longtime friend, navigate the changing Hollywood film industry! Hailed as Tarantino's love letter to Los Angeles in the 60s the film has won praises for its casting.

Leonardo DiCaprio plays Rick Dalton, an actor who starred in the television Western series Bounty Law from 1958 to 1963, based on Wanted Dead or Alive (1958–1961). His attempt to transition to film failed and in 1969 he is struggling. Dalton's relationship with Cliff Booth is based on that of actor Burt Reynolds & his long time stunt double Hal Needham. Dalton is modeled on actors who started their career in Classical Hollywood, but faltered in the 1960s after their type of leading men went out of fashion!

Brad Pitt appears as Cliff Booth, a war veteran & Rick's longtime stunt double and best friend. Tarantino and Pitt modeled Booth after Billy Jack, a character portrayed in four films by actor Tom Laughlin.
Bankrolled at a budget close to $100 million, the film has a running time of 161 minutes. 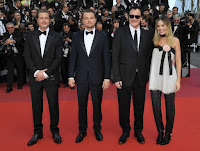 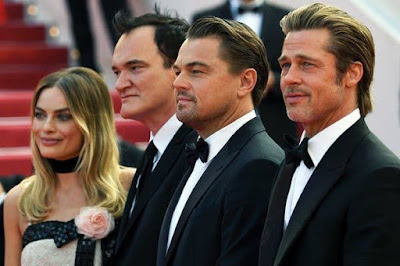