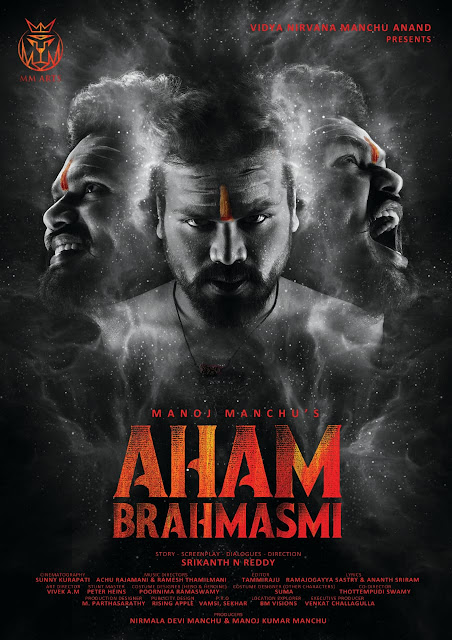 Across the years, there have been many actors from Telugu film industry for whom, Chennai is almost like their native homeland. One among such reigning super icons is Mohan Babu, whose onscreen charisma and enchanting style remain to be the favorite of crowds over here. Well, his children are no strangers to this industry for they have spent most of their childhood and teen years in Chennai and have no second thoughts when it comes to flying down here as it happens to be their preferred getaway. Especially, Manchu Manoj has captured the attention of crowds here with most of his dubbed movies getting appreciated for unique content. It was very much illustrious with his edge-seated suspense thriller ‘Ennai Theriyuma’ and his direct Telugu release ‘Prayanam’ was the dear pick of multiplex audiences.

Now the actor makes his comeback with a much powerful stroke through ‘Aham Brahmasmi’, which has inculcated beams of attractions. Well, South Indian movies have apparently found a new identity as ‘Pan-Indian’ films, which are finding magnificent responses across all territories. In a significant manner, the first look of this film has already registered itself to bring a strong and unique content. While the film will be launched on March 6th, the first look was unveiled today. It features Manchu Manoj wearing Tripundra and exhibits his three different moods - Haasyam (Humor), Roudram (Fury) and Shantham (Peace).  With such an intriguing title and first look, the curiosities have peaked at the pinnacle to know what the film’s premise could be all about.

To be made on grand scale budget as Pan-Indian film in Tamil, Telugu, Kannada, Malayalam, and Hindi, “Aham Brahmasmi is produced by Manchu Manoj and Nirmala Devi for MM Arts Banner while Vidya Nirvana and Manchu Anand will present it. Apart from directing the film, Srikanth N Reddy has written story, screenplay, and dialogues for the film.