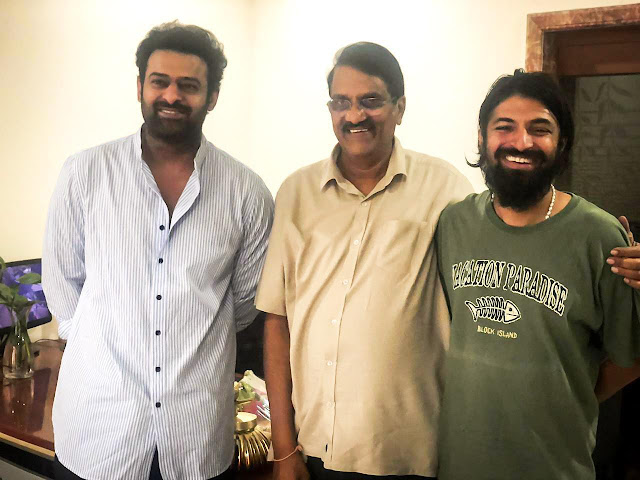 Baahubali Star Prabhas stars next in a trilingual in Tamil, Telugu and Hindi, directed by the Ace Filmmaker Nag Ashwin, produced by the prestigious Vyjayanthi Movies.

‘Rebel Star’ Prabhas has achieved National and International fame with his phenomenally successful Baahubali Franchise and has truly become an international Star.

It is noteworthy that Vyjayanthi Movies, a leading and inspirational film production company, for nearly 50 years in the film industry, has not only produced a number of great and successful films, it has also introduced great artists and technicians to the industry. The company has produced many hit films starring industry stalwarts like NTR, Krishna, Chiranjeevi, Sobhan Babu and Krishnam Raju in the lead, besides being instrumental in introducing new generation stars like Jr. NTR, Mahesh Bab, Ram Charan, Nara Rohit and Allu Arjun.

Vyjayanthi Movies, founded by Ace Producer C. Aswini Dutt that has produced several blockbuster films, over the last five decades will now be producing the next movie of Prabhas.

This upcoming trilingual film in Tamil, Telugu and Hindi will be directed by Director Nag Ashwin whose last bilingual film titled ‘Nadikaiyar Thilagam’ in Tamil and ‘Mahanati’ inTelugu, a biopic of the legendary actress Savithri.  The movie won three National Awards in 2019 and several international awards in festivals across the world.