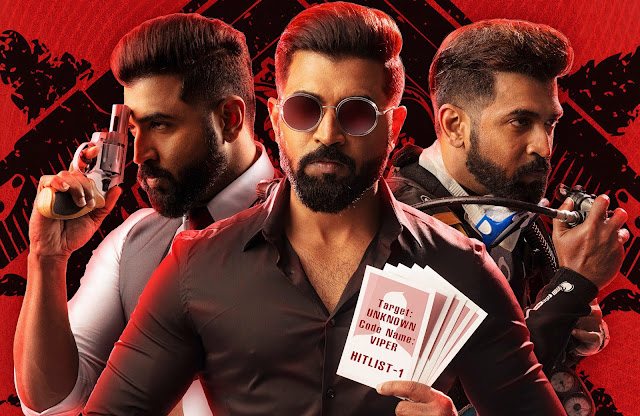 Filmmaker Karthick Naren’s “Mafia”, an edge seated cat and mouse thriller is gearing up for worldwide release tomorrow Starring Arun Vijay, Prasanna and Priya Bhavani Shankar in lead roles, the film is produced by Subashkaran of Lyca Productions. The entire cast and crew were present for the press meet to interact and share about their experience of working in this film.

Actor Arun Vijay said, “My 25 years of journey in the film industry has been very much challenging. I had to go through lots of hardships, ups, and downs. It’s all due to the immense support of my family, friends, media, and fans, I am able to sustain and give the best. Mafia has a phenomenal plot that has so much intense characterization. It completely belongs to Karthick Naren, who had done a voraciously great job on the script. It made our jobs easier without any stress. Prasanna has done an outstanding job in this film and his characterization will be highly noticed and appreciated. Priya Bhavani Shankar is a talented actress. These days, it’s really hard to find Tamil speaking heroines and she has gone through a complete transformation in character for this film. When I asked Karthick Naren, if I can watch some video rushes, he insisted me to wait and watch the final theatrical version. The team has worked a lot to give a complete theatrical feel and am looking forward to the audiences’ reception.”

Actor Prasanna said, “Arun Vijay and I didn’t have many combination shots, but after watching the movie, I was completely enthralled with the way Karthick Naren has materialized the script. In fact, he has elevated the entire premise through his making style. Priya Bhavani Shankar is a beautiful, Tamil speaking actress, who doesn’t miss to exhibit her wonderful linguistic skills in Tamil unlike many.  Technically, the film is so strong and I thank both producers Subashkaran and Karthick Naren for having me on board for this film.”

Actress Priya Bhavani Shankar said, “It’s such a delight to find myself into a different role and all credit goes to Karthick Naren. Arun Vijay sir is such an amazing person, who is filled with lots of positivity. We can find such an inherent nature among the ones, who have already tasted success, but not with the people who are still awaiting the success, but he is an exception. Prasanna sir has done a fabulous job in the film although we didn’t have combination scenes together. I was quite excited about hearing that Jakes Bejoy is onboard and the entire technical crew has given the best.”

Director Karthick Naren, “I had to go through some tough times and ‘Mafia’ has made me come out of it. At this point in time, I would like to thank a couple of people, who were earnestly responsible for it – Arun Vijay sir and Lyca Productions Subashkaran sir. Mafia will be a theatrical film and I am sure, audiences will have a good experience.  Don Ashok’s stunts, Gokul Benoy’s cinematography, and Jakes Bejoy’s music are going to be the huge attractions in this film.”

Music director Jakes Bejoy, “When I met Karthick Naren for the first time during the narration of Dhuruvangal 16, I was spellbound over the talent he possessed. With ‘Mafia’, he has upgraded himself with much more valuable inheritance of storytelling. The re-recording process was very much exciting as we had the sessions at Budapest, which owns a unique trademark quality of high caliber. We are looking forward to a much positive response from the audiences.”

Stunt director Don Ashok, “There was a particular scene, where Arun Vijay was severely injured during a particular action sequence. It was so hard for him to even wear the shoes, but he gave his best and delivered the action blocks amazingly. Priya Bhavani Shankar has attempted an action avatar for the first time and has done a neat job. Many alike others in the team, I am very much extremely excited to watch the movie in theatres along with audiences.” 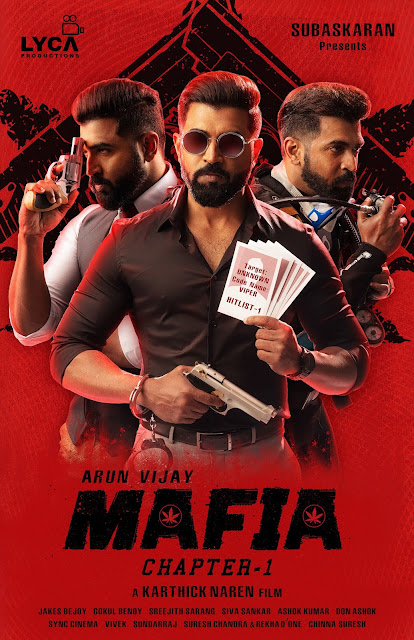 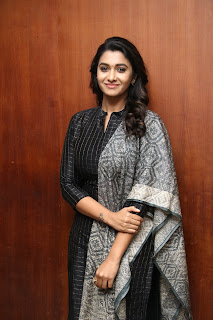 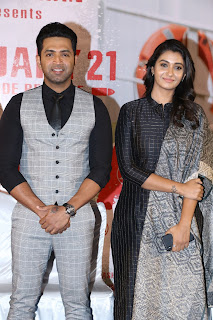 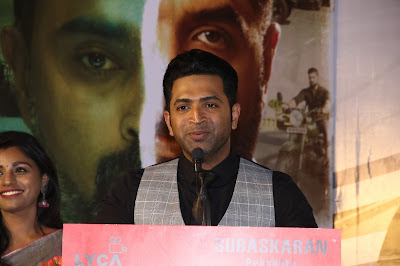