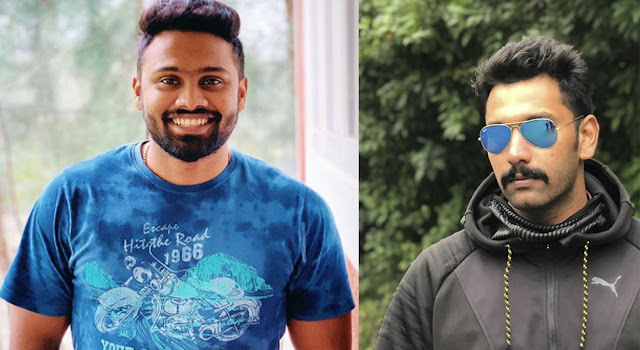 Retaining the spotlights continuously for choosing new dimensional scripts, Arulnithi has lined up one more addition to this league now. The actor has now signed up for a new film, directed by ‘Eruma Saani’ fame Vijay Kumar Rajendran. The film marks the directorial debut of this ‘YouTube Sensation’, which is produced by cinematographer Aravinnd Singh for MNM Films.

Cinematographer-Producer Aravinnd Singh says, “The film is loosely based on real-life incidents and is set against the college backdrops. In the initial phase, when Vijay narrated me the script, I found it more exciting for the gripping moments. Soon after locking the final draft, our priority was to knock the doors of Arulnithi, who always welcomes unique scripts. Having handled cinematography for his five films – Aarathu Sinam, Demonte Colony, Iravukku Aayiram Kangal K 13 and the forth coming untitled film produced by Five star Kathiresan and directed by debutant director Innasi. .My beliefs got firmer that he owns sheer excellence in choosing newfangled projects. He was pretty much happy and excited when Vijay narrated him the script and immediately gave a nod. Ennobled as a YouTube sensation through his fabulous spell in ‘Eruma Saani’, Vijay has become a mandatory choice of many filmmakers and actors for boosting the hilarious quotients in movies. I am happy that he is embarking on his new journey as a filmmaker through my production.”

Talks are going on with leading actors and technicians to be a part of this film and the official announcements on the same will be made shortly.

On his part, Arulnithi is now awaiting the release of ‘Kalathil Sandhipoam’ produced by Super Good Films RB Choudary, which features him alongside Jiiva. Apart from this film, the shooting of his other untitled film produced by 5 Star Kathiresan and directed by debutant Innasi has been wrapped up with post-production work on full swing.