Vidharth Turns Detective For A Mystery-Thriller 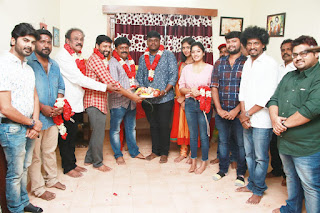 Actor Vidharth has been an artiste, who shaped his career as an actor by choosing content-driven roles. Significantly, his movies have exhibited diversified story premises and contents, thereby gaining the attention of universal audiences. Now, he has signed up for a film, which features him in the role of a detective. Directed by debutant filmmaker Manoj Ram, a former associate of filmmaker Shakthi Soundarajan, the filmmaker has crafted a tale of mystery.

Talking about the film, Manoj Ram says, “This will be a mystery-thriller with lots of edge-seated moments laced with unexpected twists and turns. The core concept of the film will have a strong message involving a crisis of this contemporary time.”  Getting on to speak about the reason behind getting Vidharth onboard, Manoj says, “Of course, he has distinctly proved himself to be ‘Kathaiyin Nayagan’ (Hero of the story), which makes him easily preferred by filmmakers, especially for debutants like us. Moreover, after completing the script, I could easily visualize  that he will breathe more life into the role with naturalistic approach. Sendrayan will be seen playing the role of Vidharth’s friend in this film and Santhosh of Kathai Thiraikathai Vasanam Iyakkam fame will be appearing in an important character alongside Sangili Murugan, Aadukalam Naren, Lakshmi Priya and few others. Anjali Nair of Nedunal Vaadai fame plays Vidharth’s wife.” I thank producer Premnath Chidambaram sir and Vellay Sethu sir, CEO, Preniss International (OPC) Pvt Ltd for trusting my script my and giving an opportunity to get it materialized.”

Director Manoj Ram sums up saying that the shooting of this film has already commenced and will be completely shot in Chennai.