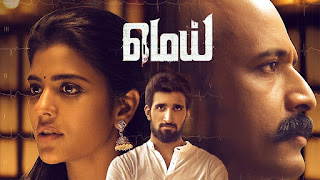 Mei is one of those medico thrillers that Kollywood of late has taken a fancy for. The film takes a while to get established. The first scene creates a sense of inquisitiveness but then later on there is a serious lag with other elements bandied without any seriousness. It is only in the second half that the film manages to catch some attention but by then the predictability and the absence of a “whodunit” factor kills whatever fun.

Nicky Sundaram true to his name tries to balance his American and Indian act and comes out neither. Aishwarya Rajesh works hard to bring in some seriousness. Charlie does what he is capable of. Kishore is decent and so is Vinod Krishnan.

Cinematographer Mohan keeps it neat. Anil and Prithvi Kumar with their background score and musical score do not create much impact. Dialogues are good. Editing is inconsistent. Direction is at the most average.